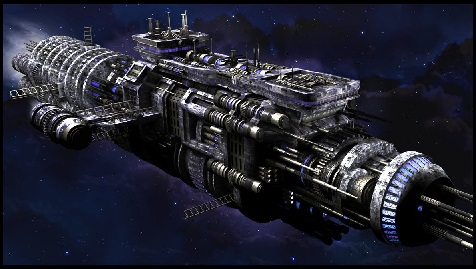 The New Adventurer was a Type 7D starship. All Type 7 starships worked on a two-shift system. There were two shifts of workers, and each shift spent two weeks in the freezer, then two weeks at work. During the time in the freezer you didn't get older, so that after a ten-year journey through space, you were only five years older.
<spoiler|Read further> The journey to Orelia Five took ten years each way. Most of the people on the starship would stay on Orelia Five, but you could return to Earth if you wanted to. Without the freezers, people would be more than twenty years older when they got back. The freezers cut this time in half. Scientists on Earth were working on faster starships, and they were working on better freezers, too. Two weeks was the longest safe time in the Type 7 freezer. In the ten-year journey to Orelia Five, about one per cent of the starship's crew would die in the freezers. When the scientists tried four weeks, more than thirty per cent died. At six weeks it was one hundred per cent. So they used two shuts. Alpha workers were awake for weeks 1 and 2, Beta workers were awake for weeks 3 and 4. A few of the crew, the two captains, the most important officers, and the freezer technicians worked a different shift. They were awake either for weeks 2 and 3, or for weeks 1 and 4.
The biggest problem was the time in space. Everyone knew about the first Type 1 starship. It left the Earth in 2235 on a 75-year journey to the Centauri star system. But when it arrived in 2310, it found thousands of Earth people were already there.
The first starship that arrived on Centauri was a Type 4 which left Earth in 2281, and arrived on Centauri in 2289. Between 2235 and 2281 scientists discovered the Hyper-Drive engine, which was much faster than the old Type 1 and Type 2 starships. The second ship to arrive on Centauri was a Type 3 which left Earth in 2275, then a Type 2 which left in 2250. Last of all was the Type 1 from 2235. You didn't know what was going to happen because it was impossible for Hyper-Drive starships to communicate with the Earth. Perhaps when Gareth's Type 7 starship arrived on Orelia Five they would find that a Type 8 or 9 was already there.