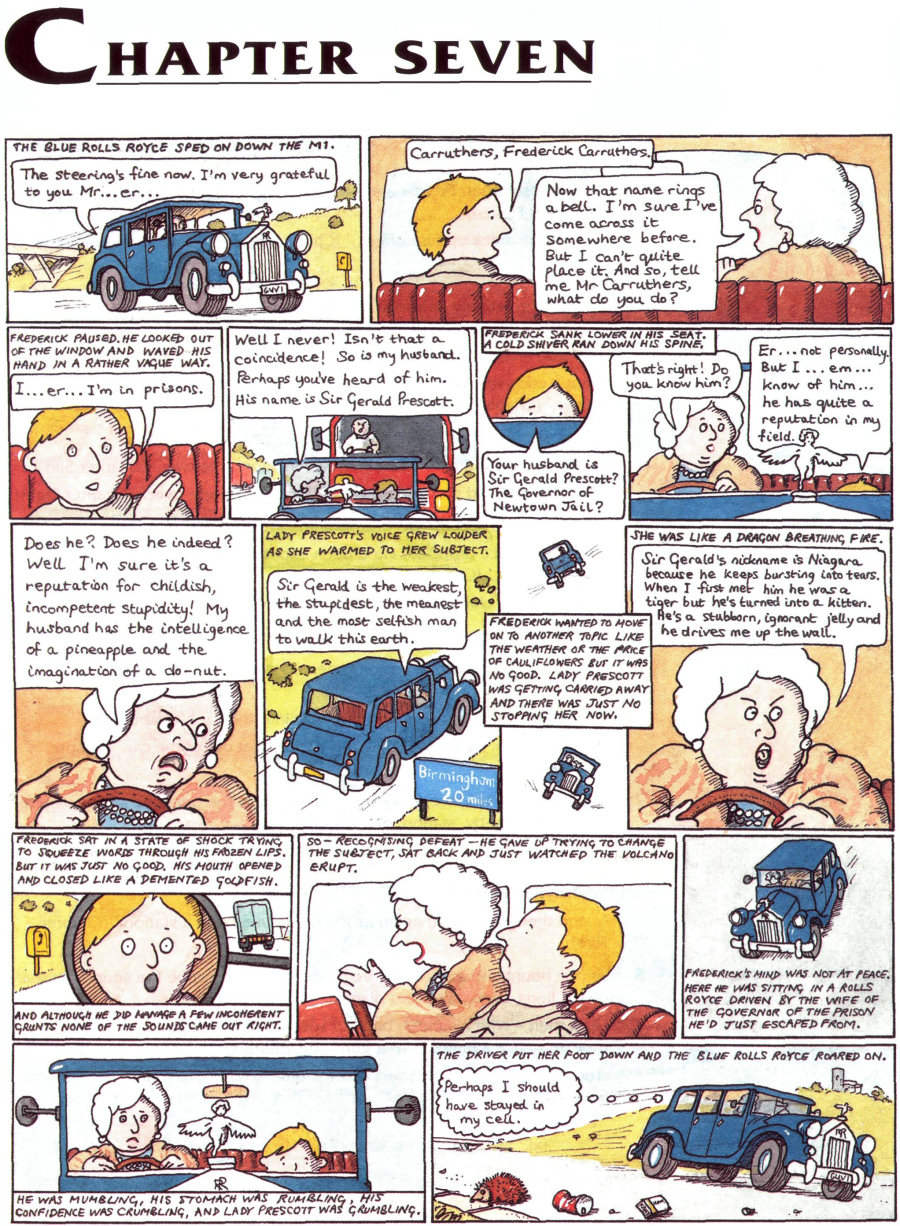 Perhaps you've heard of him. → Perhaps you know him.

She warmed to her subject. → She became more excited.

He keeps bursting into tears.→ He keeps crying.

He's tuned into a kitten→ He became a soft person.

He keeps bursting into tears. → He keeps crying.

He drives me up the wall→ He makes me crazy.